Bernat Daviu (Girona, 1985) is a restless figure on the Barcelona art scene today. Both artist and dealer, Daviu combines running the Passatge Studio and the Bombon Projects gallery with prolific artistic production, as well as his activities as a founder-member of the Forever Blowing Bubbles group. Trained at the Central Saint Martins art school in London, he focuses his work on reviving the utopian, revolutionary spirit of the avant-garde movements through an approach that is romantic, ironic and rebellious. It was with this goal in mind that Bernat Daviu founded the Garrofista (“Carobist”) movement, a group of up-and-coming painters, musicians, writers and poets brought together around the carob as a metaphor for resistance and all that which is precarious. In the activities of this group, the members inhabit a fictitious avant-garde context imaged by Bernat Daviu, working in different formats: painting, video, writing, performance and so on.

After the presentation of the Garrofista group at Fundació Joan Miró (2016 Loop Festival) and MACBA (at Antoni Miralda and Montse Guillen’s L’Internacional in April 2016), Bernat Daviu now introduces this third project at Fundació Arranz-Bravo. Garrofistes is an exhibition of portraits of group members by Daviu himself. The portraits include artists like Aldo Urbano, Marcel Rubio, Patricia Fernandez, Enric Farrés, Daniel Moreno and Lluc Baños, as well as the singer Martina Borrut, the gastronomist Susana Sunçais, the art dealer Joana Roda, the curator Caterina Almirall, the guitarist Gerard Serra, the writer Victor Balcells, the film director Marc Roca and the producer Sira Roda.

At this year’s Loop Festival (May 18-27), Marc Roca (a founder-member of the movement and co-director of its film, Guanyar-se les garrofes), will present a new film, El néctar de la inflació (“The Nectar of Inflation”, 2017). Roca will be accompanied at this presentation by Artur Tort, Marc Cuscó and Gabriel Ventura.

The Foundation decided to celebrate Eduard Arranz-Bravo’s 75th birthday with a project to suit this important occasion. Accordingly, seventy-five personalities from the world of culture and civil society were invited to select and comment on a work of art by our artist. We suggested a choice of seventy-five pieces, consisting of fifty-nine new, unseen works by Arranz-Bravo, six objects from his personal collection and ten pieces from the collections of the Arranz-Bravo Foundation. One way or another, all of Arranz-Bravo’s artistic phases are represented in these seventy-five works, which will be exhibited, alongside their seventy-five interpretations, at the Foundation, and are reproduced in the publication you now have in your hands.

The contribution made by each participant has helped us to build up a most unusual artistic biography of Eduard Arranz-Bravo: his creative awakening in the nineteen-sixties, evoked by members of that generation (Isidor Prenafeta, Antoni Llena, Francesc Parcerisas) and critics from those times (José Corredor-Matheos); the euphoria of the nineteen-seventies, seen through the eyes of leading protagonists from those days (Lluís Bassat, Antoni Marí, Jordi Garcés); the opinion of expert historians (Àlex Mitrani) and the experience of dealers (Gaspar); the luminous creativity of the nineteen-eighties in Cadaqués reflected in the critical authority of Vicenç Altaió and the first-hand knowledge of the dealer Àlex Nogueras; internationalisation in the nineteen-nineties through the large group of American admirers linked to the Franklin Bowles galleries in San Francisco and New York; tFranklin Bowles galleries in San Francisco and New York; the discovery of Arranz- Bravo’s work today by the Catalan critics, both veteran (Sílvia Muñoz, Núria Poch, Ricard Planas, Conxita Oliver, Martina Millà, Jèssica Jaques, Josep de Calassanç Laplana, Mercè Pomers, Joan González and Lluís Nacenta) and younger (Jordi Garrido, Bernat Puigdollers, Georgina Parrilla, Aina Mercader, Marta Sánchez), and Arranz-Bravo’s own connection with younger artists (Marcel Rubio, Raúl Páez, Francesc Ruiz Abad, Pere Llobera, Miquel Gelabert, Martí Cormand, German Consetti, Albert Arribas, Artur Muñoz and Bernat Daviu) and art teachers (Mar Redondo and Roser Masip); and, finally, the close links with the city of L’Hospitalet and the many contacts established, since the nineteen-eighties and through the activities of the Foundation itself, with schools, teachers, pupils, artists, museum directors, associations and the local authority. 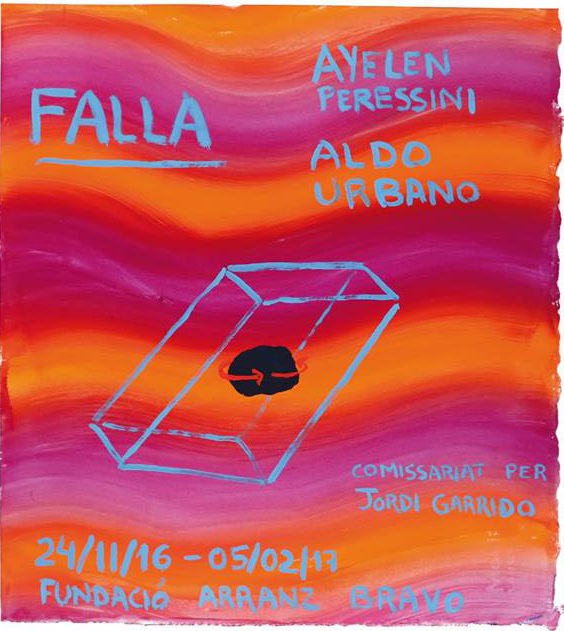