Winner of the First Arranz-Bravo Visual Arts Prize, Sergi Mesa (Manresa, 1987) presented his pictorial project Cosmographies at the Foundation. Cosmographies featured
a series of works that combined chromatic brilliance with the aesthetics of the video game and Internet. Trained at the School of Fine Arts in Barcelona and a member of the PictoBarcelona group, Mesa was selected to take part in the 2014 Biennale of Catalan Contemporary Art, was shortlisted for the Art<30 Prize awarded by Sala Parés and also presented a solo exhibition in Àlex Mitrani’s “Projections” series. Parallel to the exhibition, Mesa painted a mural with a length of more than thirty metres at the Charlie Rivel School in L’Hospitalet in cooperation with all the students there. The mural and the exhibition opened on the same day with a festive parade through the streets of La Torrassa neighbourhood. 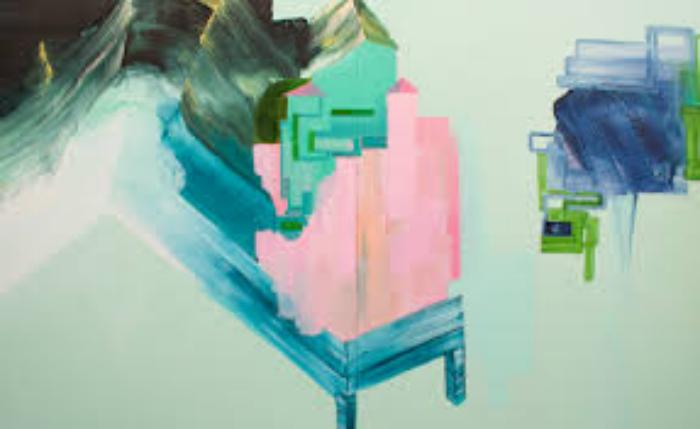