The Arranz-Bravo exhibition. Doble o res brings us closer to an unprecedented aspect of Eduard Arranz-Bravo’s pictorial practice: his work with different modular registers within the scope of expanded painting. Diptychs, triptychs, polyptychs follow each other both in his contemporary painting and throughout his artistic career, indicating a continuous line of work towards new open, organic and vital pictorial formats.
In his recent work, the painter has found in the diptych a dimension in which to work on concepts such as the search for unity from the understanding of opposites or the play of dualities. In the Doble series (2022) he advocates the fusion between opposites that love invokes; the drive towards fusion in sexual play; understanding between strangers; the unit of spirit that is achieved by appealing to tenacity and work; Or the strained, but possible, relationship between man and nature.

We must understand the interest in the diptych and triptych formats of his current work as an evolution of that open look and in organic growth that materialized in the Tipel factory and that in the course of the eighties was incorporated into the his work, through the modular growth of the paintings. The exhibition shows some of the most successful works in polyptych format from the collection of the Arranz-Bravo foundation from the eighties: Es Nalos (1980), Epidauro (1982), Hotel Grec (1982), Prima Pantocrator (1988) . In all these works, the painter shows interest both in the organic growth of painting, and in the forcefulness and transcendence that he recognizes in moments in the history of painting that are referential for the artist, such as the Catalan Romanesque.

Eduard Arranz-Bravo (Barcelona, ​​1941) is a Catalan painter, engraver, sculptor and cartoonist. Educated at the School of Fine Arts in Barcelona, ​​at the age of twenty-five he began his career at the Gaspar gallery, where he exhibited regularly until the end of the seventies. In 1968, he began his artistic collaboration with Rafael Bartolozzi, with whom he created works and actions relevant to his time, such as the murals of the Tipel de Parets factory (1969), the exhibition Mides Universals (Saló del Tinell, 1979) or the representation in the Spanish pavilion of the Venice Biennale (1980). During the eighties, already alone, he moved to Cadaqués, exhibiting regularly at Lanfranco Bombelli’s gallery, and establishing relations with the town’s international artistic community, such as Richard Hamilton, Dieter Roth or John Cage. In 1989 a large anthological exhibition takes place at the Palau Robert in Barcelona and the Paço Imperial in Rio de Janeiro (Brazil). In the nineties, he settled in Vallvidrera and began his professional relationship with the Franklin Bowles Gallery in New York and San Francisco, with whom he held more than fifteen exhibitions. From 2010, he also has gallery representation in China and Russia. In 2009 he opened the Arranz-Bravo de l’Hospitalet foundation, dedicated to the promotion of his work and emerging art. 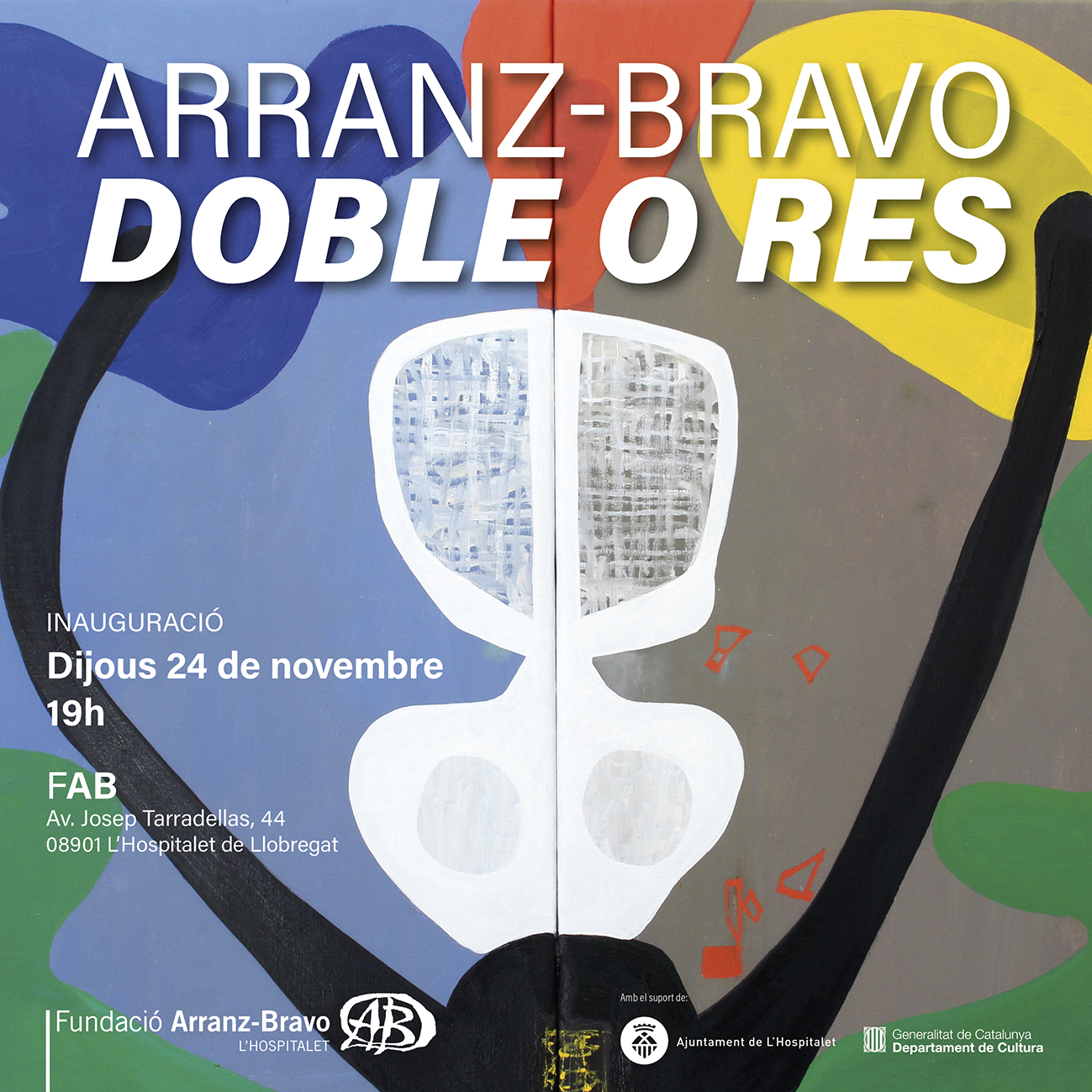