The Arranz-Bravo Foundation celebrates the painter’s eightieth birthday Eduard Arranz-Bravo (Barcelona, 1941) with a great exhibition dedicated to his current work. Through a wide selection of paintings, sculptures and works on paper, the exhibition aims to celebrate the present artistic moment of one of the most important living Catalan painters of the generation of the years sixty, which is still in full artistic activity. The sample is the first of a set of actions to be carried out in the frame of the painter’s birthday, such as the presentation of a book and an exhibition dedicated to the Tipel factory or the edition of the memories of the artist.
The current work of Eduard Arranz-Bravo crystallizes some of the artistic values of the generation of the sixties in Catalonia: the vindication of the present moment, of the existential immanence, of a reality lived in a joyful, ironic and critical way; one attitude that reacted against the spiritual and transcendent gaze promoted by the hegemonic informalism of the 1950s and 1960s, and dogmas and prohibitions of the dictatorship. This involves two attitudes and themes that we find in painting contemporary of Arranz-Bravo: the human body and the joyful experience of living. If the body for Tàpies it was an airtight and obscure territory, for Arranz-Bravo it is a propulsive engine of overflowing energy, which has as centers of gravity four anatomical centers who paints and repaints obsessively: the head (Head, 2021), the heart (Heart, 21), the eyes (Eyes, 2021) and hands (Hand, 2021). The heart is the source of the emotional experience of art. The hand, the executing arm. The eye is the meter. And the head, analytical reflection necessary to carry out any artistic action. All this anatomical substrate is essential to focus on the communication of the intensity of experiences and vital moments. The jewel of a dance (Ball, 2020); of samba (Samba, 2021); of the pleasure of simply living (Happy Life, 2020), or of laughing at living (Leopard, 2021). This is not a frivolous look at life. Arranz-Bravo is a lot aware of its tragic nature. But it does not decay into nihilism. Positive the decrepit energy towards the experience of the reality that, lived with intensity in the continuous present, can be pleasing, and even joyful. These are the burning moments of emotion that he is interested in capturing and immortalizing in his contemporary painting. In the sculptural field Arranz-Bravo has worked in an interested emotional dimension in capturing vital harmony and rotundity. In Bravo (2020), he makes a sculpture serene, structured, like a harp resting after a concert, finding the point exact between order and touch. Finally (2020), it is also a work of serenity rotundity, as a point and end of a book. Because Eduard has not lost that hunger inside to shake and shake us, which, as the poet Paul Valery points out, it is one of the most distinctive features of great artists and poets. It’s the same roundabout which we find in some of his paintings, such as Tuto (2020).
Eduard Arranz-Bravo (Barcelona, 1941) is a Catalan painter, engraver, sculptor and draftsman. Trained at the Barcelona School of Fine Arts, he began his career at the age of twenty-five trajectory in the Gaspar gallery, where he will exhibit regularly until the end of the years seventy. In 1968 he began his artistic collaboration with Rafael Bartolozzi, with whom will carry out works and actions relevant to its time, such as the murals of the Tipel factory Parets (1969), the exhibition Mides Universals (Saló del Tinell, 1979) or the performance at Spanish pavilion of the Venice Biennale (1980). During the eighties, already alone, he moved to Cadaqués, exhibiting regularly in the gallery of Lanfranco Bombelli, and establishing a relationship with the international artistic community of the people, as Richard Hamilton, Dieter Roth or John Cage. In 1989 a large exhibition takes place anthology at the Palau Robert in Barcelona and the Paço Imperial in Rio de Janeiro (Br zil). A in the nineties, he moved to Vallvidrera and began his professional relationship with the Franklin Bowles Gallery in New York and San Francisco, with whom he has made more than one fortnight of exhibitions. Since 2010, it has also had gallery representation in China and Russia. In 2009 he opened the Arranz-Bravo de l’Hospitalet foundation, dedicated to the promotion of his work and emerging art.
Info_
Exhibition opening (as part of the Gallery Weekend): Wednesday 15 September at from 5 pm (with anti-Covid prevention measures)
Gallery Weekend special hours, from Thursday 16 to Sunday 19 September:
Wednesday: 5pm to 8pm; From Thursday to Saturday: 11 am-2pm / 5pm – 8pm. Sunday: 11 am-2pm
Arranz-Bravo Foundation. Thursday to Saturday: 5pm to 8pm. Sunday: 11-14h
Av. Tarradellas, 44. L’Hospitalet de Llobregat. CC Room Key (M: L1 Tower) 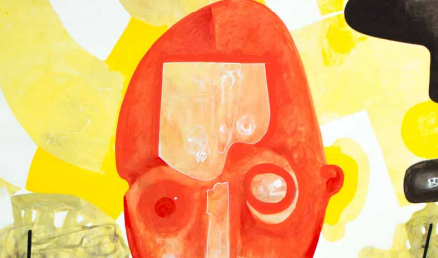